Rural Special Constables are dedicated to the needs of rural communities and have been specially trained to have an understanding of rural issues and the countryside they serve.

They can be involved in everything from investigating heritage crime, hare coursing and dealing with fly tipping, to tackling poaching and investigating wildlife offences.

Like all Specials, Rural Special Constables have full police powers, uniform and protective equipment and work alongside the regular force.

View all our Specials 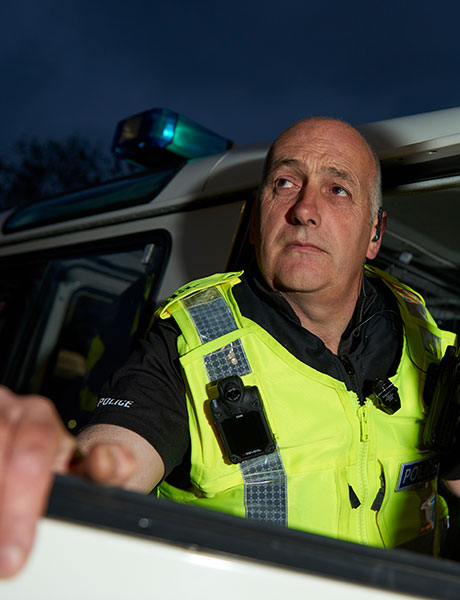 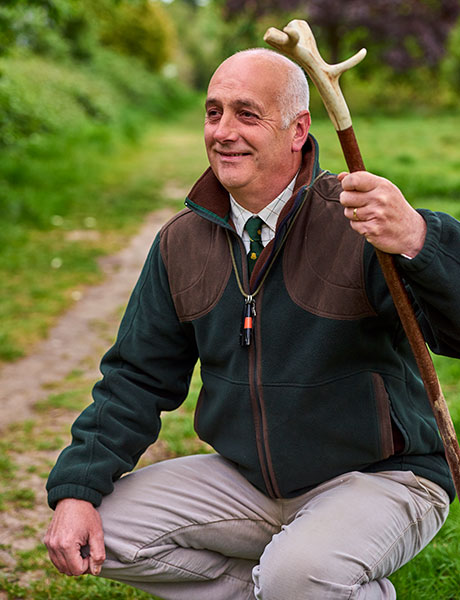 What does your full-time job entail?

Countryside management including conservation of habitat and creating new habitat by planting trees and crops that benefit small mammals etc. I also run a pheasant shoot and manage the houses and grounds for a small family estate.

What made you apply to become a Special Constable?

Working within the police was something that had interested me for a long time and I finally decided to apply to become a Special as I wanted to help the rural community and increase awareness of how the police can and are helping those in rural areas. I also wanted to help the local rural community to get a more frequent police presence and in return get them to be the eyes and ears of the police. This is working very well.

Length of service with the Special Constabulary

7 years. I was the first gamekeeper in the UK to become a Rural Special Constable.

What area do you cover as a Special?

I cover a large rural beat with many villages and farms. It also has the M1 and A5 running through it so I am also involved in catching and disrupting criminals travelling in to, and through, Hertfordshire.

How do you find the balance between work, personal life and being a Special Constable?

In my case my Special role and my day job run side by side and sometimes intertwine. Keeping the area I live in safe is also part of my civilian role as well as my Special Constable role.

Do you find the skills you’ve gained as a Special have helped your career, and vice versa?

Certainly. You can gain a great deal of confidence, which can help you to speak to the public. Whilst this wasn’t a problem for me, I have gained many experiences which I wouldn't have done if I hadn't have joined the Special Constabulary. My work as a gamekeeper helps my Rural Special role because my knowledge of the local area and community are a huge advantage. I sometimes get calls from my regular colleagues asking for advice on rural affairs and even directions to off the beaten track farms and properties.

What do you like about being a Special Constable?

The variety of work. No two shifts are the same and offer a variety of learning each time you're on duty. Also, I have made some very good friends. Our regular colleagues are very friendly and helpful and I feel very much part of the team. I also enjoy working with, and meeting, people from all walks of life and cultures. In this job you meet with people who you wouldn’t ordinarily meet and I find this a very enjoyable part of the role.

What has been your most memorable incident?

There has been so many - saving two suicidal males with knives, finding seven cannabis farms, seizing dozens of uninsured vehicles to name but a few.

Have you ever received any awards/commendations during your service?

Yes. I received Rural Officer of the Year award, which as a Special was a great honour as I was up against officers from the whole Constabulary.

I also received a Royal Humane Society award for saving a man’s life. I was called by a friend and neighbouring land owner while I was off duty (if there is ever such a thing) one evening. He was concerned about a man parked in a car in a secluded area of his field who appeared to be in a distressed state. I had concerns for the safety of the man and went to check it out. When I arrived at the field I saw the vehicle parked up and the engine running. Sadly there was piping coming from the exhaust of the vehicle and into the interior. I dialled 999 immediately to get additional support and an ambulance, and guided them to my location in the field. In the meantime I managed to get the driver’s door open, started speaking to the driver and got the engine switched off. The man was clearly wishing to take his own life, however I am pleased to say that he gained consciousness and was taken to hospital where he received care.

If you've got a question, have a look at Frequently Asked Questions or email the team at SpecialsRecruitment@herts.pnn.police.uk

In order to stat your journey, you need to accept the Correspondence Cookie. This will allow us to send you email and SMS communications.